Even though centuries have passed, it feels good to have an inherent connection to old world winemaking roots..

During the reign of the Catholic French King Louis XIV, he embarked on a campaign of persecution designed to extirpate Protestantism.   Protestants (Huguenots) fled to America, England, and Holland.   In Holland, many accepted the opportunity to start a new life in South Africa, under Dutch governance.

The first Huguenots started arriving in the Cape as early as 1671.       One of these Huguenots, were Pierre (la) Grange, arriving in Cape Town in 1688, on the ship Berg China.   He hailed from the village Cabrières in the south of France, from the wine region Languedoc-Roussillon.    1692, more than 200 French Protestant refugees settled in the Cape.

The Dutch governor in that time, Simon van der Stel, was aware that the new culture influx would bring with it a risk that the newcomers might form a distinct society, cleaving to their own language and traditions, and therefore he insisted that Dutch must remain the only language permitted for instruction and worship, and that the use of French be phased out as quickly as possible. Apart from the drastic measures to dampen the use of French as a language, all other skills and knowledge that the Huguenots brought with them, were embraced.

The original Angeliersbosch farm has since been sold.      Diederik le Grange started the Fernskloof brand in 2010.    He is behind the winemaking and viticulture.   After graduating in viticulture and oenology at the University of Stellenbosch, he worked harvests in Australia, America, Uruguay, France, and New Zealand.          Wines are made from vineyards situated in and around the small town of Prince Albert.          Our mission is to present wines to the wine lover, that are unique to this town and its terroir. 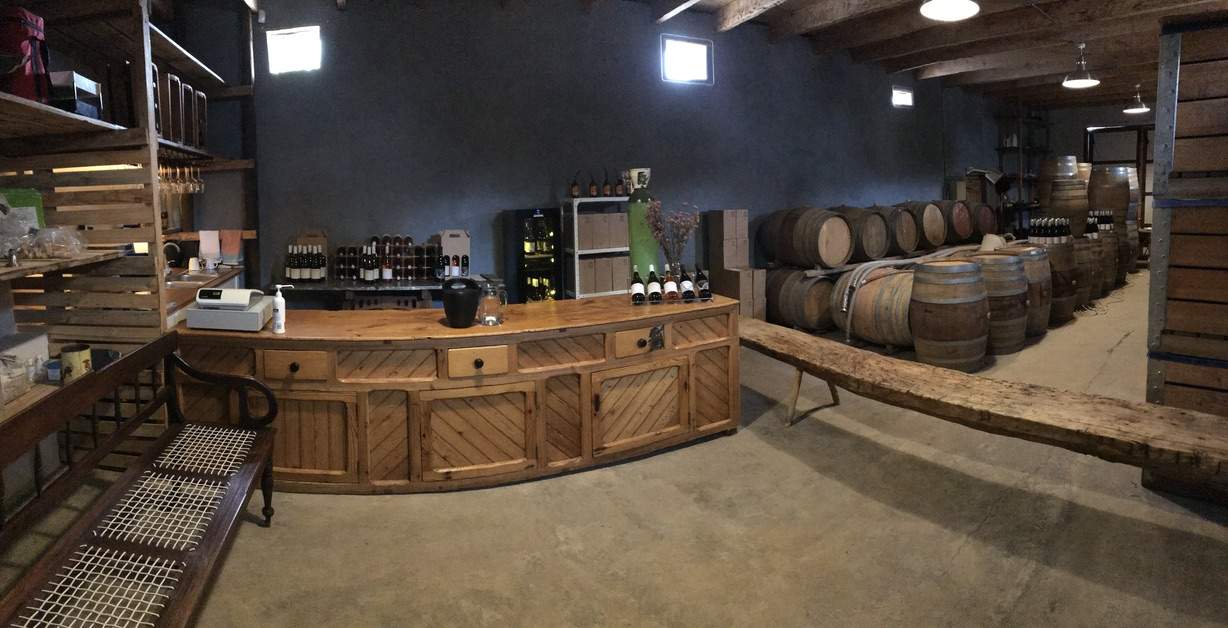 Inside view of the winery.       It is a rather small building, with both the tasting area, as well as the production area, all in one room.  This gives the visitor the chance to see all operations in the winery in real time.